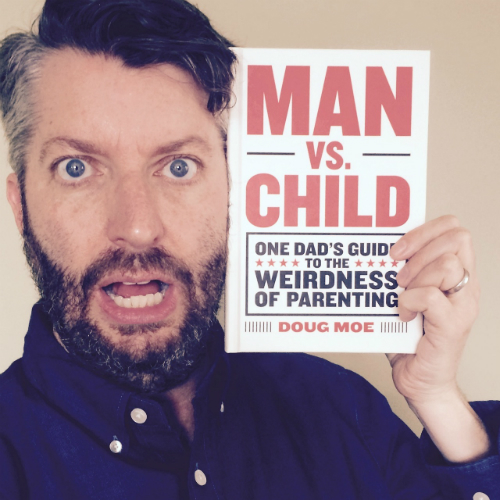 Doug Moe, a longtime teacher and performer at the legendary Upright Citizens Brigade Theatre, is this week’s featured guest. In our conversation, we talk about his new book Man vs. Child: One Dad’s Guide to the Weirdness of Parenting. We also talk about fellow parents he’s performed improv with such as Amy Poehler, Rob Corddry, Bobby Moynihan and Rob Huebel, about the similarities between improv acting and parenting, about writing parenting humor and about the general weirdness of parenting.

Links from this Episode: