7th Heaven star Barry Watson is this week’s featured guest. Barry has a brand new show premiering June 2 on UP TV called Date My Dad, a dramedy about a great dad who is a few years removed from having his wife pass away and is re-entering the dating scene at the encouragement of his daughters.

In our conversation, which took place at the Mom 2.0 Summit in Orlando just a couple of weeks ago, we talk about Date My Dad as well as 7th Heaven. We also talk about how to play an authentic and funny dad on TV without making him goofy – like so often happens to dads on TV. And we also talk about how he researched his new role and how his father-in-law Robert Wagner helped him prepare. 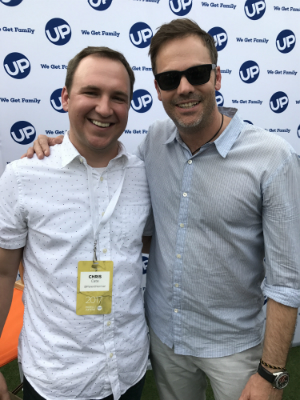