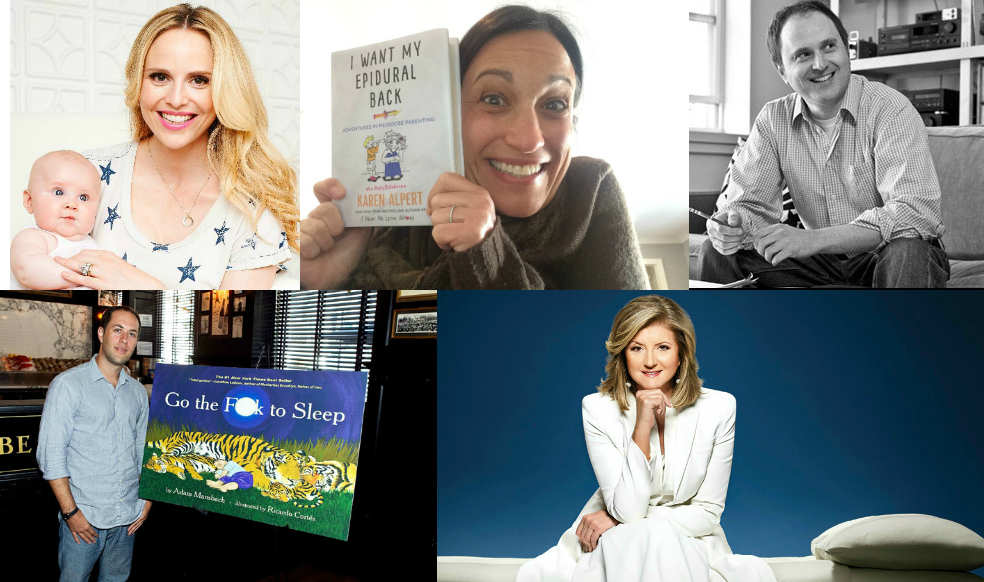 If you think you’re the only parent who has parenting fails, you’re very wrong. This is fourth episode of the podcast dedicated strictly to parenting fails, which every parent has on a regular basis.

The featured storytellers in this episode include:

Rosie Pope from episode 30: Rosie Pope starred in Bravo’s Pregnant in Heels, a reality show on which she guided soon-to-be mothers and fathers through the joys and perils of preparing for parenthood. Rosie is also the author of Mommy IQ: The Complete Guide to Pregnancy and she is a contributing editor at Parents Magazine. Rosie is also the creative force behind MomPrep, her prenatal, postpardum and parenting education studio and Rosie Pope Maternity and Rosie Pope Baby, her maternity and baby clothing and accessories lines.

Karen Alpert from episode 31: Karen Alpert is the New York Times bestselling author of I Heart My Little A-Holes: A bunch of holy-crap moments no one ever told you about parenting. Her new book is I Want My Epidural Back: Adventures in Mediocre Parenting and it’s already getting rave reviews.

Mike Sacks from episode 32: Mike Sacks is a comedy writer, podcaster and editor at Vanity Fair. He has also published two books I consider to be required reading for anyone who loves great comedy writing:

Adam Mansbach from episode 33: Adam Mansbach is the author of #1 New York Times Bestseller Go the F**k to Sleep and You Have to F**king Eat.

Arianna Huffington from episode 34: Arianna Huffington is the co-founder and editor in chief of the Huffington Post. She is also a mom who has been on Time Magazine’s list of the 100 most influential people in the world and Forbes’ list of the world’s 100 most powerful women. Arianna has just released a new book called The Sleep Revolution: Transforming Your Life, One Night at a Time.