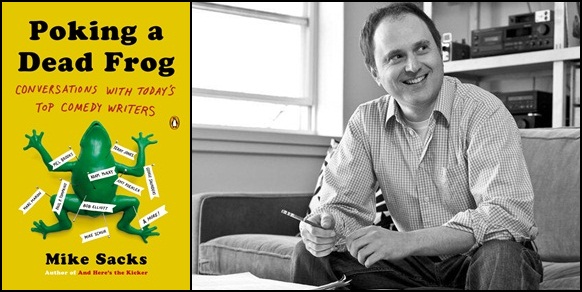 Mike Sacks, a comedy writer, podcaster and editor at Vanity Fair, is this week’s featured guest.

Mike has published two books that I consider to be required reading for anyone who loves great comedy writing:

These books include interviews and advice from people like Mel Brooks, Amy Poehler, Adam McKay, Patton Oswalt, David Sedaris, Jack Handey, Stephen Merchant, Harold Ramis, Diablo Cody, Marc Maron, Robert Smiegel, Bob Odenkirk and many others at the pinnacle of comedy writing. So I highly recommend them, especially if being a parent is inspiring you to begin a career in comedy.

In this conversation, Mike and I talk about the perception of dads in comedy, who writes parenting comedy well and what writers make Mike laugh.