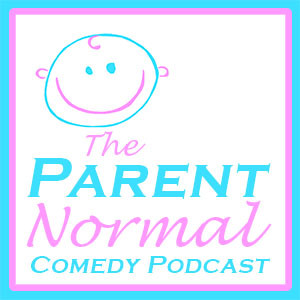 The theme for this week is Scary Good, which means the ParentNormal News will feature what’s scary good about parenting. In this episode, I also preview Thursday’s upcoming interview with Scary Mommy creator Jill Smokler.

Investigators in Belmont, New York are stunned after discovering the true identity of nighttime monsters. In a plot twist reminiscent of an Alfred Hitchcock movie, the monsters scaring everybody at night have turned out to be everyday toddlers. Thousands of eyewitnesses report being victimized by toddlers on a nightly basis, so the most surprising thing is just that it took this long to close the case.

Meanwhile, a mother in Grand Rapids, Michigan is still not talking after a recent scare in her home. Her husband says their kids were playing like they always do, with lots of screaming and fighting and laughing, when all of the sudden the kids went quiet.

The father says he and his wife were terrified of what their kids must’ve been up to. The mom still isn’t speaking because she’s still trying to figure out what they did. The fact that it’s not an obvious spill or construction project only makes it more chilling because whatever they were up to might not be discovered for months.

Parents aren’t the only ones being scared in Eugene, Oregon. A group of toddlers are boycotting public restrooms over their fear of automatic flushing toilets and hand dryers. The toddlers can be heard running around in restaurants away from bathrooms chanting, “What do we want?” “Quiet Potties” “When do we want it?” “Several minutes ago before we had the crap scared out of us and into our pants!”

And finally, a new study finds that jumping in fear of bugs and spiders is actually a learned behavior. But kids eventually pick up their parents’ techniques.

And those are the ParentNormal News headlines.