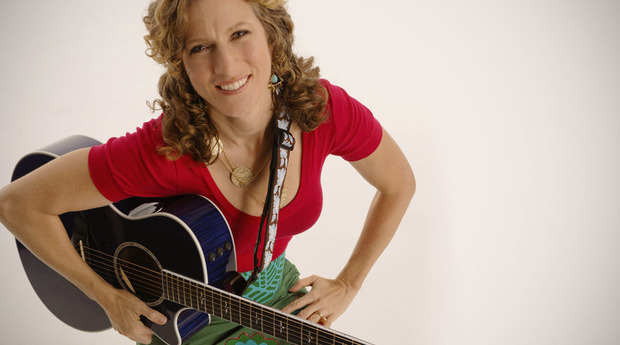 Best-selling musician Laurie Berkner, who you’ve probably seen on Nick Jr. singing and playing guitar, is the featured guest in this episode. I ask her what makes a great children’s song. We’ll also talk about how becoming a mother influenced her songwriting and how she keeps the attention of an audience full of excited children for an entire show.

A new study released today finds that 9 out of 10 parents would rather be on London Bridge than riding on the bus described in the song ‘Wheels on the Bus.” Participants in the study believed they were much more likely to survive falling into the River Thames than spending two minutes on a bus going vroom, vroom, vroom all through the town with people bouncing up and down, wipers swishing, horn beeping and babies crying. When asked if there was anything that could change their mind, the most common response was – no, but somebody should still install seatbelts on that bus.

Meanwhile, in Brooklyn, New York, there is a Clash in the punk rock community following a decision by several punk rock club owners to promote children’s music at their clubs. The decision was made when the punk rock club owners, who are all dads now, were at a playdate and realized that none of them can tolerate the music coming from stuffed animals. And when one of them mentioned that they sounded just like their own dads talking about punk rock music, they came to the conclusion that nothing is more punk rock than music parents hate, which meant nothing is more punk rock than music coming from the bellies of stuffed animals.

“This is anarchy,” said one punk rock fan who hates the trend. “Exactly.” responded one of the club owners. And in an emotional moment between punk rock father and punk rock baby daughter, the daughter’s hair was shaped into a Mohawk using baby shampoo.

Meanwhile, in Budapest, Hungary, authorities are still searching for This Old Man after accusations that he has been playing knick knack on thumbs, shoes, knees, doors, hives, sticks and more. Police are unsure whether this is breaking any laws, but it is believed to be at a minimum – disturbing the peace. Police expect This Old Man will come rolling home soon, where they will be waiting to question him.