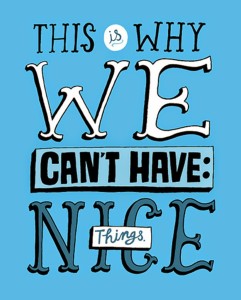 Clint Edwards is the featured guest of this episode. He’s a dad of three and the author of the new book This is Why We Can’t Have Nice Things. We’ll talk about the successful kickstarter campaign that launched his book, the viral Washington Post article he wrote that led to an appearance on Good Morning America, and we’ll also go through some of the dumbest questions parents get from non-parents.

Meanwhile, in Harper, Arkansas, a mother and father are planning to spend New Year’s Eve at home, a tradition that dates back to their first New Year’s Eve as parents. Their typical New Year’s Rocking Eve is spent rocking a baby to sleep. The only change this year is expected to be a diaper.

And in Des Moines, Iowa, a grandmother and grandfather are saying goodbye to their grandchildren after a long-awaited Christmas vacation with them. Neither Grammy or Pop Pop, as they like to be called, can believe it was only one week together, because after the first few minutes of laughs and hugs, it started to feel like one year of non-stop whining.

And finally, according to the Baby Name Institute, the top baby names of 2016 will be Trump, StarWars and STARWARS – the last spelled in all caps.