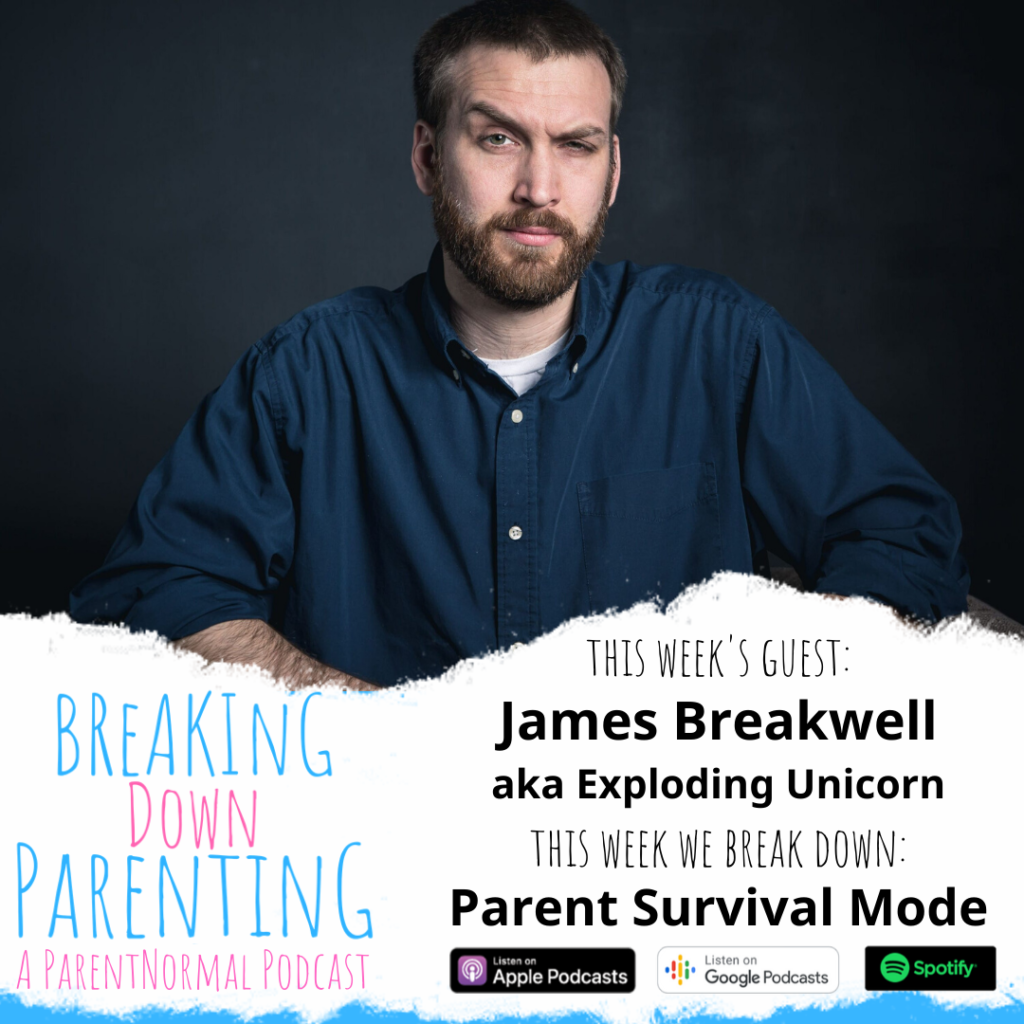 This week’s guest is James Breakwell, a father of four daughters and a comedy writer known to more than a million followers online as Exploding Unicorn.

In our conversation, we break down the parts of parenthood that send us into parent survival mode. We talk about how to survive when parenthood is overwhelming and specific moments that send James into survival mode, such as socks. We also talk about James’ new book How to Save Your Child from Ostrich Attacks, Accidental Time Travel, and Anything Else that Might Happen on an Average Tuesday, which you can get now on Amazon.

This interview marks the third time that James has been on the podcast, which gives him the record for most appearances on the show. The first time he was on the show, it was before James became a viral sensation back in early 2016. This podcast was called The ParentNormal Comedy Podcast at the time and the format included segments like ParentNormal News and the ParentNormal Mailbag. You can go down memory lane and listen to episode 12 with James here. He was also on the show in 2017 to promote his book Only Dead on the Inside: A Parent’s Guide to Surviving the Zombie Apocalypse. You can hear that episode here.

Breaking Down Parenting: A ParentNormal Podcast is a show that’s for imperfect parents by imperfect parents. Hosted by humorist and imperfect parent of three Chris Cate, every episode breaks down a topic that causes parents to break down, such as putting kids to bed, potty training, the terrible twos, homework, clothing, discipline, cleaning up, cooking for kids, and so on….

Links to more episodes of Breaking Down Parenting: A ParentNormal Podcast